Keenen wants you to pursue a career you’re passionate about, just like him! CMATL’s first cosplayer feature! 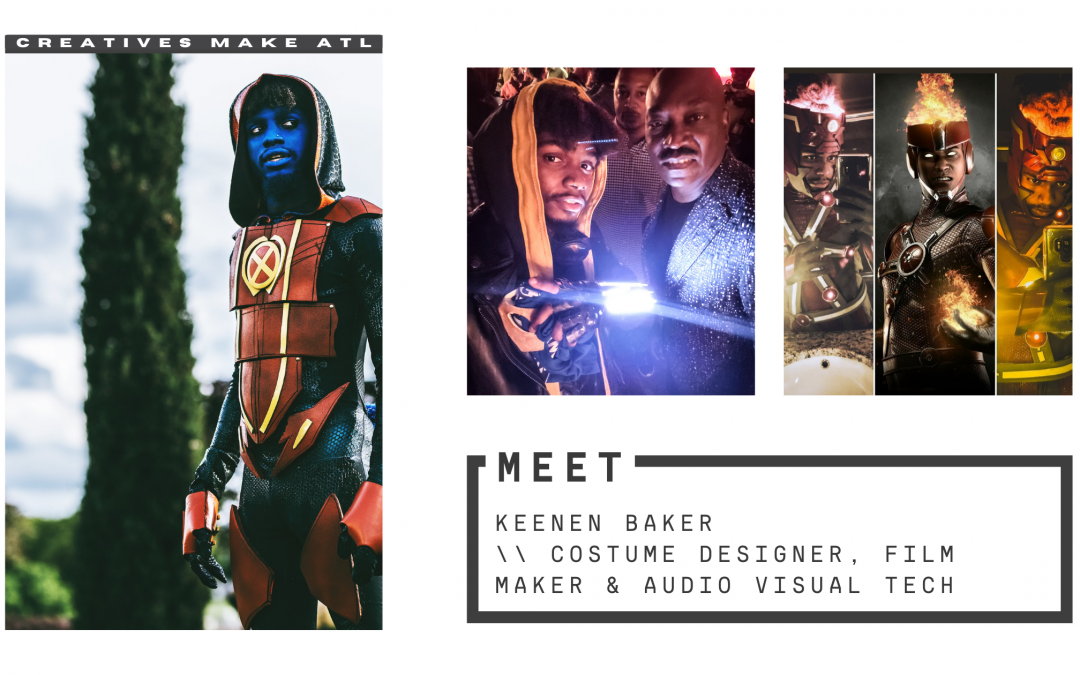 What is your creative work?

Tell us how you started your business / creative venture?

I started Cosplaying in the year 2014, after attending my very first Dragoncon with some close friends of mine. Film making/Audio Visual are things I’ve always been interested in and passionate about. It wasn’t until the year 2015 that I decided to pursue both professionally.

How long have you been doing your creative work?

Almost 7 years for Costuming, and about 5 years for Film Making.

What made you choose this journey?

Just a passion for these specific artistic outlets. I’ve been into comics, video games, anime, film, etc. since a young age. I figured why wouldn’t I want to pursue a career that involved things that I’m passionate about while being able to incorporate them all in some ways.

What kind of struggles did you face in your journey?

Finding people who shared a seriousness for film making and making connections. I’ve worked a good number of sets and have met so many people, but have met some people who only see it as a “job” and nothing more. It was also hard for me to establish “connections” in the beginning. I’m often labeled a “people person” which I agree with, yet don’t agree with in some ways. It was hard for me to approach people in the beginning, but with a lot of practice, I eventually grew into security.

What is one advice you can give to creatives struggling right now?

Any form of mental relaxation helps me when I have a creative block. Stepping away from a project for a day or two also helps me return to it with a fresh mind.

Share a quote you live by. It can be yours or something else that inspires you!

We’d like to be painters, we’d like to be poets. We’d like to be writers, but as everybody knows—we can’t earn any money that way. What do you want to do? When we finally got down to something which the individual says he really wants to do, I will say to him you do that—and uh—forget the money. If you say that getting the money is the most important thing, you will spend your life completely wasting your time… You’ll be doing things you don’t like doing in order to go on living, that is to go on doing things you don’t like doing, which is stupid! It is absolutely stupid! Better to have a short life that is full of what you like doing than a long life spent in a miserable way. And after all, if you do really like what you’re doing, it doesn’t matter what it is—somebody is interested in everything—anything you can be interested in, you will find others who are… –

Are there any products you recommend that helped you better your craft?

3d printers, at least two. Learning a modeling software, whether it’s Zbrush, 3d builder, Maya, etc. EVA foam for crafting costume props and a good sander can never steer you wrong. A production assistant book camp or shadowing on film sets were also valuable in my upcoming success. I also recommend making as many connections as you can, because you never know who will be a friend to you when you’re in need.

How can people learn more about you and your business?

What are some resources that have helped you succeed?

“Cosplay your way” has been ultra-supportive in all of my journeys and ventures as a person of color. They spotlight anyone who is seeking to have a voice in the community but might be too shy to put their works out into reality. Working with them has been one hell of an experience, and you can tell that they truly care about upcoming cosplayers enjoying themselves.

CMATL is an interview series where our team collects submissions and find Atlanta’s hidden gems of creators and creative entrepreneurs. This project powered by The Creative Folks.

This site uses Akismet to reduce spam. Learn how your comment data is processed.

Check Out Our Podcast!